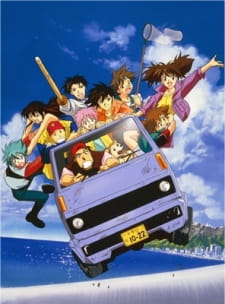 Plot Summary: A Continuation of the original Dagwon Series. Peace is restored and the original cast return to their normal life. The sudden appearance of a new mysterious boy that appeared and was chase by no other than their own ally from the past demanding the Dagwon crew to turn the boy in. The dead from the past also make an appearance in this OVA. So the new adventure and excitement begin a new.