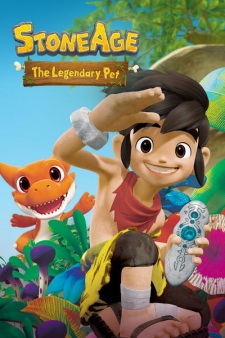 Plot Summary: An animated adaptation of the mobile game of the same name. Each episode is composed of two stories. The story is set in the future, after the destruction of machine civilization which leaves humans in a more primitive state. Dinosaurs, woolly mammoths, saber-tooth tigers, etc. roam free, as their species were brought back to life and modified to be friendlier thanks to cloning fossil samples during the machine civilization era. Children can become Stone Leaders by having one of these creatures as a "pet" which they can do friendly battles with against others.