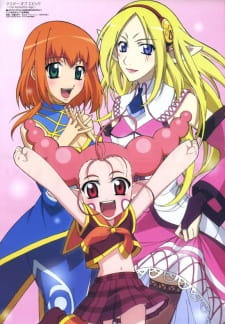 Master of Epic: The Animation Age

Plot Summary: Over millions of years, there have been many ages - war, gods, and future to name a few. Each of these was infinitely less exciting than the current Animation Age! In this RPG-esque existence, becoming stronger is paramount to one's survival and leveling up is a must. From pacifists to news casting, from fishing woes to love advice, there's nothing the Animation Age can't show or teach us about life in a game world! Armed with healing spells, changes of clothes and plenty of summoned familiars, the characters of Master of Epic will do what it takes to level up and live to fight another day!

Master of Epic: The Animation Age