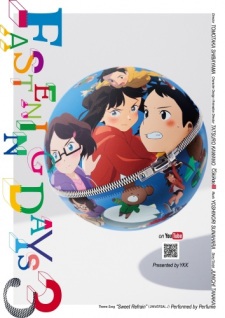 Plot Summary: Youji, Kei, Kelly, and the little bear-shaped robot Oscar are small heroes who must save the town. Today is Youji's birthday, but this doesn't seem to excite him. Whether or not they know this, Kei, Kelly, and the woman who raised him as her own, Anna, seem to be planning something. And that's when it appears over the city – an out-of-control sightseeing airship! Our little heroes must face their biggest challenge yet! The action-packed drama even includes an evolved Fastening Machine! Will our heroes be able to fasten the town's future? What will become of Youji's birthday? There's only one way to find out!