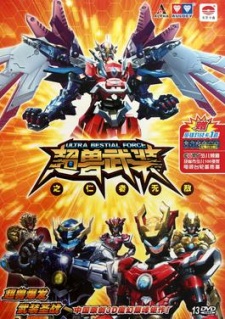 Plot Summary: The story begins from a boy named Kino, a junior high student. Every one hundred thousand years, the Seven Parrallel Universes will line in one path and be connected for seven days. And every this time, there will be wars between different civilizations of universes, as there will usually be someone with extremely strong power, who wants to conquer all universes. But at the same time, a team of legend warriors selected from every universe will appear to stop this, and they are the Army of Ultra Beast Force. This time, Mio, the strongest lord of all universes is going to awake. As one of the selected warriors, Kino is and his friends are trained by Master Wyatt, travel through the multiverse, meeting new friends and rivals, and try to stop Mio. With his powerful "Dark Energy Locker" which allows him to become a Robo-Soldier by releasing the potential dark energy inside himself, he encounters evil enemies along the way.